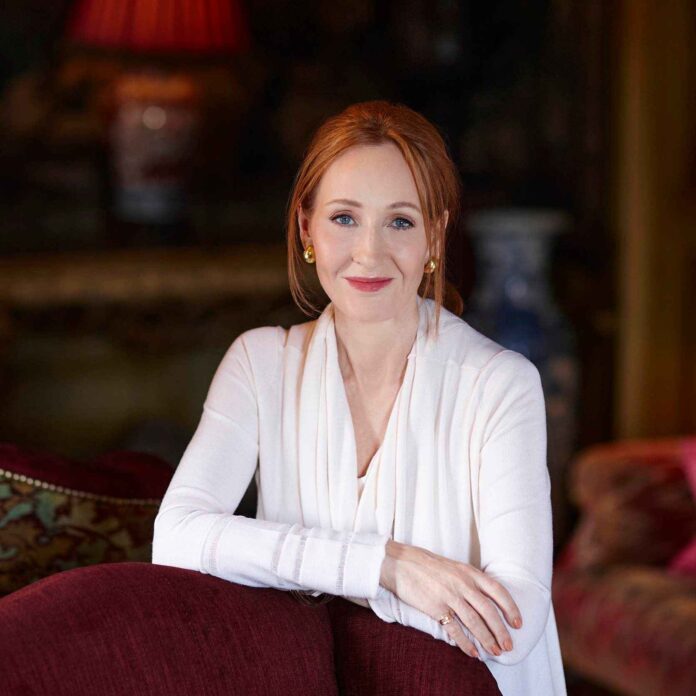 J.K Rowling is a British author and philanthropist whose full name is Joanne Kathleen Rowling. She has written many novels such as Harry Potter, Fantastic Beasts, and the Christmas Pig. The novel seven-volume book Harry Potter (1997 to 2007),surprisingly changed her life. As she became the second highest paid author of the novel. Novels she  wrote were converted into movies which was the real reason of success.

If you are eager to find out more about J.K Rowling then read this article till the end.

She was born in England in a town called “yate” on 31 July in 1965. Her parents Anne and Peter both belonged to the navy. She is two years older than her sister, Dianne. At the age of four, her family moved to Winterbourne, Gloucestershire. There they lived near a family named “Potter”. From there, J.K picked the name for her book’s lead character since she found it so appealing.

Her parents were fond of books. They used to read different stories to their daughters. She started her primary school in Winterbourne at the age of five in St Michael’s Church in England. At the age of six, she composed her first story named “Rabbit”.

Her secondary school was Wyedean school and college in England, which she started at the age of eleven. The same year, she wrote a short story named “The seven cursed diamonds”.

Rowling took A-levels in English, German and French. When she applied at Oxford University they didn’t accept her application .Thus, she chose to study French and classics at the University of Exeter. Anyhow, besides this, she always wanted to become a writer. She did BA in French from Exeter and graduated in 1987.

She also took a course to become a bilingual secretary while she was doing a temporary job in London.

The novel characters came into her mind when she was traveling by train from Manchester to london. The characters she named were Harry Potter,Ron Weasley and Hermione Granger. She went to her flat to fully uncover the characters.

Unfortunately, 1990 was a ”year of affliction” for her. This is because her mother died after fighting multiple sclerosis for so many years.

Her mother’s death badly affected her as she was writing Harry Potter. Henceforth, she went to Portugal in November 1991 to teach English as a foreign language.

Failure of Marriage and Single Parenthood

Five months after arriving in Portugal, she met a Portuguese Journalist Jorge Arantes. They planned to visit London to introduce Arantes to the Rowlings family, but unfortunately, she had a miscarriage.

She married on 16 October 1992 in Portugal. Her daughter Jessica Isabel Rowling Arantes was born on 27 July 1993. At that time, she had almost finished the first three chapters of Harry Potter first part.

Unfortunately, she faced domestic violence during her marriage.Her husband slapped her and threw her on the road as a result of the fight, but she didn’t lose  hope. She returned with the police to take her daughter from him. After that, she moved with her daughter to her sister’s house who lives in Scotland. She stayed with her until December 1993.

Afterwards, she sought aid from the government and received 69 pounds per week from Social Security. She decided to move to another flat so that she may not be a source of burden on her younger sister.

She started seeing herself as a big failure because she was jobless with a dependent child and broken marriage thus, she contemplated suicide. However, after nine months of therapy, her mental health improved. She submitted divorce papers on 10 august 1994  and it was finalized on 26 june 1995.

Rowling completed the first part of Harry Potter in 1995. she submitted her manuscript to twelve publishers but they all got rejected. Anyhow, Barry Cunningham, who ran the children’s literature department at Blueberry Publishing bought it.

In 1998, Harry Potter’s first book was released in New york. It received a very positive review from the readers. In the time duration between 1998 to 2000,the next three series were released. Subsequently, the Harry Potter series ended in 2007.

Rowling’s Harry Potter series has won many awards. She received the Children’s book of the Year and the British Book Awards for the first two novels. Her third novel was nominated for an adult award. She won the World Science Fiction Conventions Hugo Award for the fourth book and in addition to this, Rowling also won the Book of the year for the sixth novel.In 2010,she was honoured by the French President and leading magazine editors named her the “Most Influential Women in the UK”.

Rowling married Neil Murray, a doctor, in 2001. The couple decided to marry in July in the Galapagos, but this news was broken in the press , so they delayed their wedding and also changed their holiday destination to Mauritius.

Rowling bought Killiechassie House in Scotland. The couple had a private wedding on 26 December 2001. Later on, she gave birth to her son, David Gordon Rowling Murray in 2003. Her daughter, Mackenzie Jean Rowling Murray was born in 2005.

The first author is Rowling in history to have her net worth valued at $1 billion. She lived a very ordinary lifestyle before publishing her first Harry Potter book. She spent a very large time in poverty.